They are a new company opened  on Etsy in July of this year.
Enabler's Outpost Video

I recently seen a video of someone doing an opening from a shop on Etsy that sells Diamond Painting Pens and Cover Minders aka NeedleMinders.

I purchased a cover minder and diamond painting pen!
also ordered another pen and coverminder( photos later on those when I receive them)
They are located in NC and are a Wife and Husband team. They hand make these items and I have to say they have a lot of cute little minders listed. Last time I watched a video of hers aka Elizabeth she stated they MIGHT list twice a week instead of just once on the weekend. when they do list thier pens, they sell fast. Be vigilant and watch the Etsy Shop link listed above as well as Elizabeth announcing the opening on Youtube. Edward makes the pens, the turning and polishing.
They take great care of packaging and shipping and IF they are going to be late on shipping                    she will contact you. They pay great attention to details in packaging as well. I do believe this company will go far since they do care about their customers as well as the products they sell.
Please go check them out! You won't be disappointed! 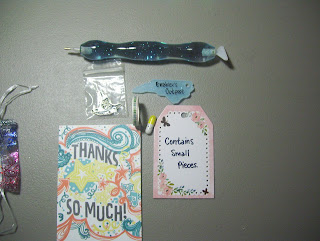 I didn't get the little organza bag in the photo(top of it showing)Both tags were tied to the organza bag and contained the "Happy Pill" and has a little hand written note with a gold ring on it saying We Appreciate you" that made me happy to see. There was also a roll of washi tape with tiny little cactus on it and the cover minder I forgot to take it out of the bag, It's a black witches hat that say Basic Witch ;) also the card pictured was in a envelope with my name on it with a hand written note. The pen is a really light blue with sparkles(glitter) in it , a 12 placer and a single placer was in the organza bag as well. The pen was wrapped in beautiful paper and with bubble wrap inside of a shiny bag.

Go show this little company some love. I can tell they put their hearts into making these items for us to enjoy. I'll say this again" This company will go far because they care about thier customers and the products they sell.

Happy Stitching and May you have smokin' needles...xxx 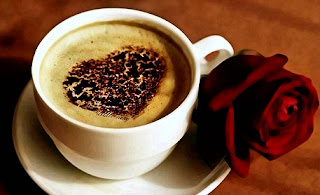 Thank you for visiting! I do enjoy reading your comments and will respond as soon as possible.

Hello All, I hope this finds you doing well and staying safe. Continued prayers for the ones affected by the wildfires and excessive heat! ... 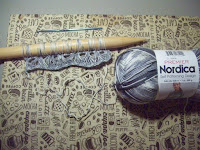 I'm so glad you dropped by :) I would love to get to know my fellow stitchers and be inspired by your work. I hope you enjoy your visit today and Thank you for dropping by and saying hello
Christie G. aka East Coast Stitcher

rebelrosecreations@gmail.com
I love to stitch. Not only do I find it relaxing but challenging as well. I enjoy being able to share my work with others. I've met and continue to meet wonderful people in cyber space. I look forward to forming more friendships in the months and years to come. Happy Stitching!